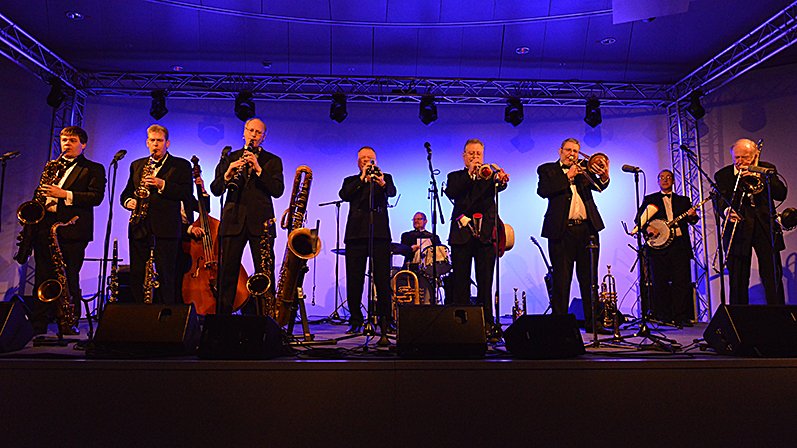 Just recently, after his 70th Anniversary as leader of his band (65th anniversary on a full-time professional basis), the iconic British Jazz legend Chris Barber announced his retirement from touring and recording music. Due to health reasons he is not able to continue what he loved to do for so many years. Nevertheless, his absence stimulated the members of The BIG Chris Barber Band to bring the Chris Barber brand of music to the fans and audiences all over Europe and?the?United Kingdom with more enthusiasm and panache than ever before, always according to the wishes by the great master. Now, The BIG Chris Barber Band continues touring without its leader and celebrates his work under the theme The Chris Barber Legacy.

You will hear Chris’ favourite music – everything from New Orleans to blues to late 20’s Ellington, with songs like ‘Bourbon Street Parade’, ‘Jubilee Stomp’, ‘Petite Fleur’, ‘Ice Cream’, ‘When The Saints…’ and many more of his all-time hits. Enjoy an exciting evening of high quality jazz and blues which will appeal in equal measure to the aficionado and the newcomer!