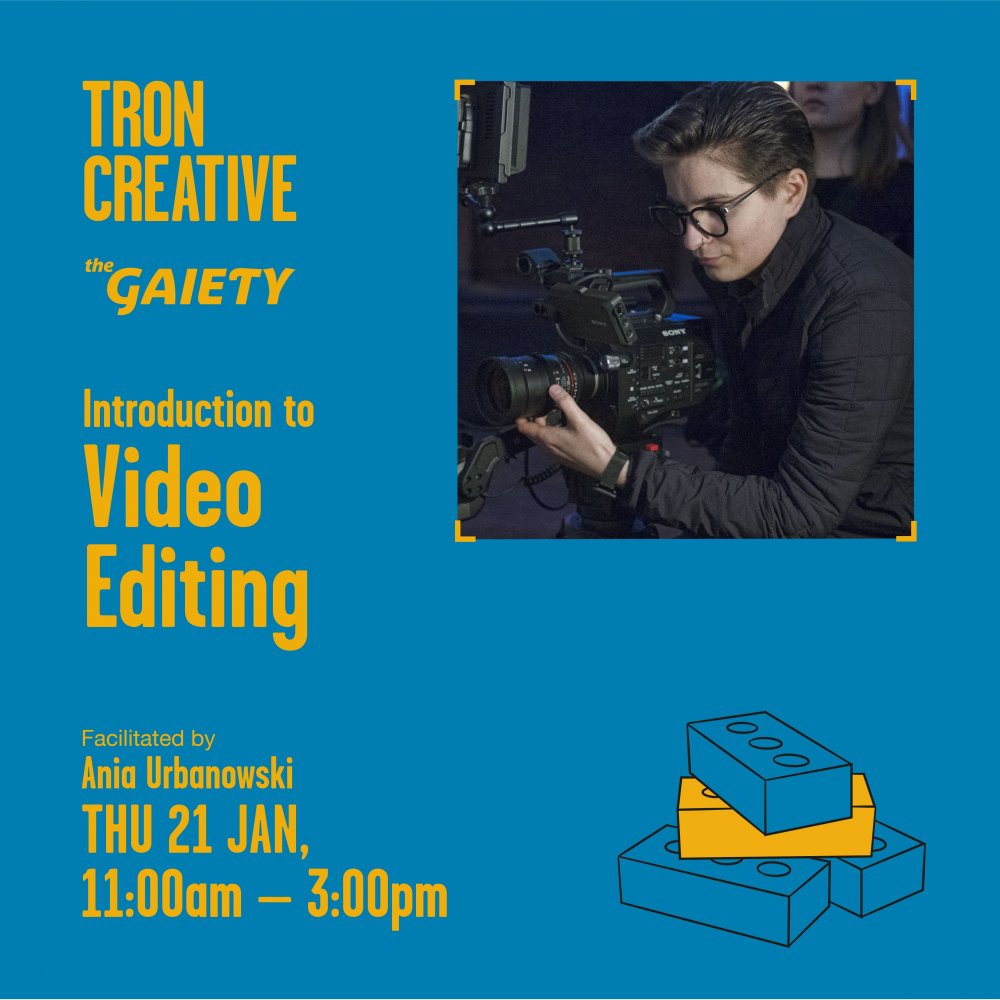 This practical workshop will cover tips for capturing your videos, software layout, setting up new projects, basic editing techniques and keyboard shortcuts, transitions, adding subtitles, working with audio and exporting your finished film. By the end of the workshop participants will have built confidence and knowledge in the use of basic editing skills that will allow them to create and deliver their films.

The workshop will run for two and half hours in total, split into two parts, with a break in the middle for participants to complete an editing exercise and have lunch. Participants are asked to attend the whole session. During the workshop you will be using DaVinci Resolve, a free non-linear editing software available for macOS and Windows, you can download it here:
https://www.blackmagicdesign.com/products/davinciresolve/

Ania Urbanowski is an award winning filmmaker who has worked on numerous short fiction and documentary films, as well as collaborated on experimental and artists projects. Ania’s core focus is editing but she has also worked as a Cinematography for some of the more collaborative, experimental projects.

She formerly worked as Post-Production Coordinator at the Scottish Documentary Institute and now is a Co-Director of Media Education, a social enterprise company that uses media as a community development tool and helps people share their experiences through radio and video production, creating positive change in their lives and communities.

As part of her practice she delivers editing and filmmaker workshops for people of all ages and abilities.